Texas DWI With a Child Passenger: Laws and Penalties

Will you go to jail for DWI child endangerment in Texas? 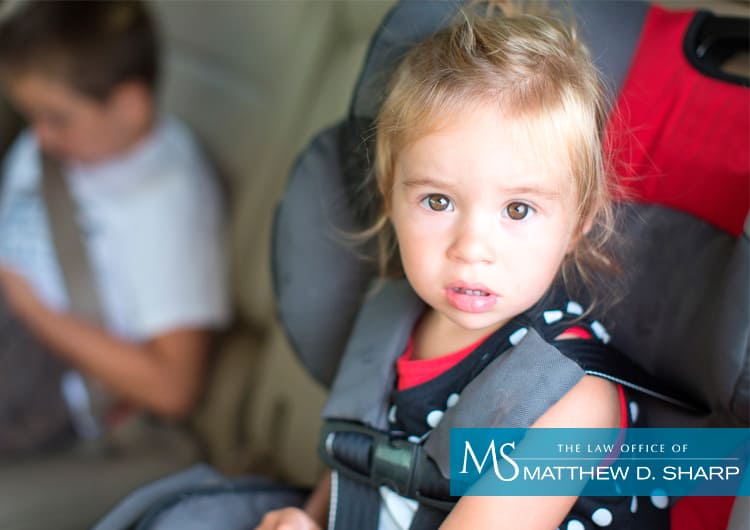 Have you been charged with a DWI while a child was in the car?

The Lone Star state doesn’t play around when it comes to drunk driving, particularly when it involves a minor. Child Protective Services (CPS) will likely be called to ensure that you are a fit parent, and if you are facing any type of custody battle, you may lose due to a DWI.

Under Texas law, a minor is considered anyone under the age of 15. If you’re arrested for a DWI and a minor was involved, you’ll face greater consequences.

In addition to charges for a DWI, you can be charged with unrestraint of a child if they were not properly buckled in or placed in the right car seat. Although there are extreme cases, evidence will be brought to show that you deserve more severe penalties, including child endangerment.

“Under the influence” is defined as intoxication with a blood alcohol content (BAC) of 0.08 percent or more, or if you failed a field sobriety test that showed you didn’t have control of your mental and physical faculties due to intoxication.

Intoxication could be alcohol or drug-related. If you are placed under arrest after failing a test, you will face severe civil and criminal punishments. According to Texas law:

Driving under the influence is a Class C misdemeanor, punishable by a fine up to $500, an alcohol awareness course, community service, and driver’s license suspension.

In all, penalties may include the following:

Even if no one was hurt, you can still face all of these charges. If there are prior DWI convictions or if the child was hurt, the consequences ramp up considerably.

In some cases, special interest groups like Mothers Against Drunk Driving may get involved to push the sentencing even further. This is why seeking counsel after a DWI arrest with children is the best option.

How to defend against a charge of DWI with child

If you are arrested for DWI with a child passenger, there are severe penalties in relation to the custody of your child. This depends on the severity of the DWI and whether or not a child was hurt. Even if you were simply arrested at a traffic stop and there were children in the car unharmed, you could face monitoring and probation under CPS.

These types of cases may result in loss of child custody, particularly if you are currently facing a divorce with your spouse. Under Texas law, any type of child endangerment can cause problems, such as a simple risk of injury, physical impairment or death. Drunk driving instantly puts a child at risk, so if you fail a field sobriety test with a child in your vehicle, it’s likely you will face child endangerment charges.

It’s important to note that you legally don’t have to take a sobriety test, blood alcohol breathalyzer test or blood test at the time of being stopped and arrested. While you may face a suspended license, it’s much easier to defend against a DWI without this evidence. However, the courts will take into consideration appearances of drunk behavior. If you smell of alcohol, have an open container, and slur your speech, you may still be found guilty of a DWI through police witness testimony.

A good DWI defense starts with building your reputation as a responsible parent and safe driver, while also placing doubt on the police officer’s reasonable suspicion to pull you over. With an experienced and trained DWI lawyer by your side, you can defend yourself against these allegations and avoid facing the maximum charges.

Contact the Law Offices of Matthew D. Sharp today for your free consultation.