No matter where you stand on the subject of drugs, there’s no denying we live in a drug culture. And that doesn’t pertain to just illegal drugs – people in the US are often tied to numerous medications, both prescription and over-the-counter, that alters or affects their health and well-being.

It’s not unusual to find people carrying drugs and drug paraphernalia around with them. And even when drugs like marijuana are used for medical purposes, it’s getting more difficult to know what is an illegal drug and what isn’t.

Of course, any drug – from powerful Valium to the simplest aspirin – can become dangerous if overused or taken improperly. And the country as a whole imposes strict guidelines regarding drug trafficking and drug usage of illegal substances such as cocaine and heroin. 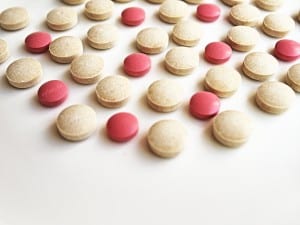 Texas has some of the strictest drug laws in the country. According to the site Drug Possession Laws, in Texas, “just for conviction of possession of any drug, you could face jail time, probation, fines and a 6 month loss of your driver’s license.”

Among the many drugs illegal in Texas are:

Legal (but Controlled) in Texas and Elsewhere

Controlled substances such as drugs prescribed by a doctor are legal in Texas. However, federal law makes it illegal to resell such drugs or to write a prescription if you are not qualified to do so. Licensed health care professionals likewise may not write a prescription to someone who shows no valid need for the drug.

“A conviction for an illegal sale of prescription drugs carries rather heavy penalties,” notes Criminal Defense Lawyer. “Selling illegally is treated much more seriously than simply possessing a drug illegally. As a result, while a possession conviction could result in a fine or a misdemeanor record, an illegal sale conviction generally results in a felony record along with a prison term. Additionally, health care providers and pharmacists convicted of illegally selling prescription drugs face not only criminal penalties but also the loss of their licenses (and livelihoods).”

To know more about Texas’ drug laws, you can refer to the Texas Penal Code’s Title 6, which covers food, drugs, alcohol and hazardous substances.

When determining guilt for a drug bust in Texas, a court may consider such factors as the amount of the drug in possession, past arrests or convictions, whether the defendant was found with a large amount of cash along with the drugs and the way the drugs were concealed or stored.

For first-time lesser offenses, a fine might be accompanied by sentencing to a drug clinic or other rehab facility. But if the defendant has a history of drug convictions, or the possession is strongly tied to sale of the drug, the sentencing can be much harsher.

Texas drug laws are among the country’s harshest. If you are arrested, the help of a reliable attorney with background in drug defenses is vital to presenting a convincing case before the court.