In light of the ongoing #MeToo movement, the Jussie Smollett case and the rise of sex assault allegations, the importance of due process and presumption of innocence cannot be overstated these days. Here at the Law Office of Matthew D. Sharp, our team of Houston criminal defense attorneys proudly represent individuals who have been falsely accused of a crime.

Although statistically rare, the wave of sexual assault and hate crime accusations has inevitably led to a simultaneous rise in false allegations. In an effort to raise awareness about false allegations and spark discussion on this critical issue, we decided to sponsor a privately funded scholarship in early 2019 asking college students to answer a hotly debated question in a 300-500 word essay:

What do you think the legal consequences should be for falsely accusing someone of a crime, such as a hate crime or sexual assault?

In all, we received 110 submissions from students all over the country. While we were thrilled to read so many great responses, ultimately we had to make the difficult decision of choosing just one winner.

In the end, we selected the essay of first-year graduate student Tessa Borrego, who is currently attending Western Washington University. Congrats Tessa on your $1,000 scholarship, and thanks to everyone who participated!

What do you think the legal consequences should be for falsely accusing someone of a crime, such as a hate crime or sexual assault?

Recently, a case of a false accusation that has sparked fierce tension and speculation across the country is that of Justin “Jussie” Smollett, a television star who made the claim that he was brutally attacked on a New York city street on the basis of a homophobic and racist hate crime. While he initially gained plenty of support on social media and coverage on major news outlets, the investigation soon unraveled and it was made clear that Smollett actually paid for the staged attack. Although the brothers who participated in this act later apologized, the damage was already done to members of the African American and LGBTQIA community, who had to witness these blatant falsehoods.

Even more alarming is when a false accusation places blame on an innocent person, especially when that person is from a minority group and may not have the adequate public support or resources to defend him/herself. According to the Innocence Project, an organization dedicated to reforming the criminal justice system by freeing innocently incarcerated people, certain racial groups are statistically targeted more when it comes to false accusations. They heartbreakingly state: “To be a black person in America is to be seven times more likely to be wrongfully convicted of murder, and three times more likely to be wrongly convicted of sexual assault as compared to white people.”

Oftentimes, false accusations are used as leveraging point—that is, to create drama, attention, or political divide. In Smollett’s case, it was to advocate for a pay raise. The immense danger in not appropriately dealing with false accusations is the damage it can create for actual survivors of these crimes. True victims of assault (who are already heavily denounced, downsized, and made to feel guilty) are further enforced as making it up, or exaggerating. This is precisely why the #MeToo movement was started. Sadly, one voice is often not loud enough to believed; when hundreds and thousands of voices speak together, the public is more willing to realize a problem exists.

While Smollett was first indicted on 16 felony counts because of his false report, they were later dropped in exchange for $10,000 of a $100,000 bond and community service hours. However, I do not believe this is justice well served. As a future teacher, I strongly believe in the power of education to transform and empower our lives. I believe all false accusers, more than a simple fine or jail time, must be required to receive education regarding the consequences of false accusations, insight into the historical stigmatization of these minority groups, and how our nation has thrived because of our diversity of people and thought, not in spite of it. Any money posted for bail should directly go to a charity benefiting the falsely accused, such as a sexual assault survivors fund, or the Anti-Defamation League. Ignorance is not bliss, it’s violence. I truly believe education is our one true remedy for reducing hate crime, and making false accusers aware of the severity of their actions. 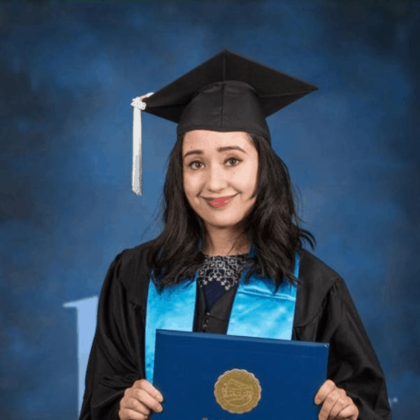 Tessa Borrego recently graduated from Western Washington University with a Bachelor’s degree in English Literature. Currently, she is enrolled in a Masters-in-Teaching graduate program and to learn how to pass along her passion for education to a future generation. In her free time, Tess enjoys reading, writing, and spending time with her family. She’s also a proud volunteer GED instructor, helping give those who are brave enough to go back for an education the skills to do so.As a future educator, Tessa looks forward crafting classes with students’ needs in mind, including literature that reflects their own experiences, and advocating for more personal budgeting classes and mental health resources. Most importantly, she aims to make sure that each student feels safe and heard.

Think you can win our next scholarship essay contest?

We invite you to keep an eye out on our Scholarship page to find out how to take part in our next scholarship essay contest.

If you have any questions about the essay requirements or the selection process, feel free to contact us.