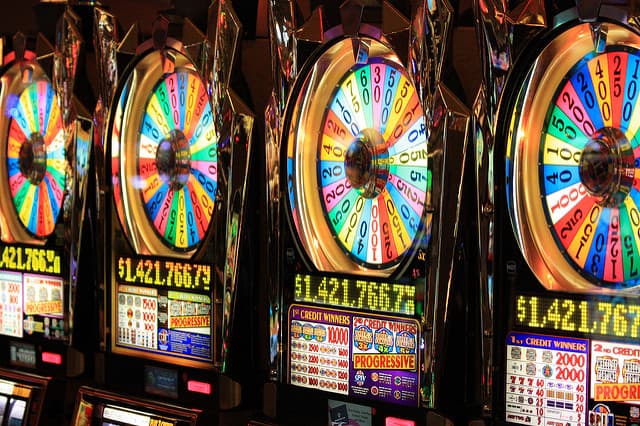 In January of 2016, two men and a woman were taken into custody in Pennsylvania and charged with a huge list of offenses. These charges stemmed from a clever and complicated plot to defraud a Pennsylvania casino of nearly a half million dollars. When charges were filed, each defendant discovered that they were facing over 170 separate criminal charges. If convicted, they could easily spend decades behind bars.

Among the charges in the case were counts of theft, identity theft and criminal conspiracy. Considering the amount of the stolen money and the complex nature of the case, each one of these charges could lead to years behind bars if a conviction is reached.

Between May 2014 and April 2015, Robert Pellegrini, Mark Heltzel and Rochelle Poszeluznyj conspired to defraud the Mohegan Sun Pocono casino in Wilkes Barre, Pennsylvania of $478,100. The scam took months to complete and the trio eventually split $418,793 of winnings from the fraud.

The scam worked like this: Poszeluznyj would bring drinks to guests, who would occasionally use their casino player’s cards to cover the cost of the beverages. After taking the cards from the unsuspecting customers, Poszeluznyj would copy their card number along with their PIN. She would then deliver these numbers to Pellegrini, who would print new copies of these cards and add extra free slot machine plays. The new cards would then be passed along to Heltzel, who would use the free slot plays to earn cash from the casino.

Because the slot plays that Heltzel used were fraudulently added to the player’s cards, the scheme went unnoticed for months. The customers never noticed because they were only losing free plays that they were unaware of and the casino staff didn’t notice because the winnings were small and spread out over time.

As clever as this scheme was, the trio were eventually discovered and turned themselves into law enforcement in January 2016.

The list of charges that the three fraudsters are facing is too long to list here so it is easier to focus on the three primary charges:

The theft portion of the charges is easy to understand. The three conspirators used trickery and deceit to deprive the casino of money. Since the free plays were being given out without casino approval, the three were essentially grabbing cash directly from the playing floor. In many cases, a person who is charged with fraud will face a punishment that is based on the amount of property that was stolen. In this case, stealing over $400,000 is likely to lead to extremely severe theft charges.

The identity theft charges came into play when the conspirators used the player cards of other casino customers. Had they simply printed new cards under false names or their own names, they might have avoided identity theft charges. However, they would likely have been caught much sooner had they used this method.

It is against the law to use any type of identifying documents belonging to another person for any fraudulent purpose. This could apply to cases where someone used another person’s driver’s license to buy cigarettes or another person’s Social Security number to get a bank loan. In this case, the group used player cards in other customer’s names to get free slot plays. Even though the customers themselves weren’t being deprived of money or free plays, identity theft charges still apply because other player’s names were being used to commit fraud.

The most complex criminal charge stems from the most complicated portion of this case. A charge of criminal conspiracy can be filed if:

If the three had simply met up to talk about pulling off the fraud and then never attempted it, this charge wouldn’t apply. However, they actually stole the customer’s card numbers and then sent an accomplice onto the casino floor to play the slots. Any one of those actions is enough to support a charge of criminal conspiracy.

It’s not a defense to conspiracy charges to claim that one person simply sat back and watched. As long as one member of the group makes a move to pull of the scheme, then all members are linked just as if they had signed an agreement.

These three fraudsters stand a good chance of spending many years behind bars.

The Law Office of Matthew D. Sharp is an experienced, aggressive attorney based in Houston, TX. If you are facing criminal charges, Matt Sharp can help protect your rights. Contact his office today at (713) 868-6100.