Your future, freedom and reputation hang in the balance.

Make sure you have an experienced solicitation defense lawyer on your side.

Despite strict laws and steep penalties enforced by Texas authorities, many people fail to understand how serious prostitution-related charges can be. And it’s not just the prostitutes and pimps who are targeted by widespread stings. Individuals caught trying to hire a prostitute for a sex act can also face extensive jail time, fines and other harsh punishments.

What many people don’t realize is that you don’t have to commit a sex act with a prostitute or patron in order to face criminal charges.

Even if you only offered another person sexual services for money, or you offered to pay someone else for sex, you can be charged with a misdemeanor in Texas — regardless of whether or not any sex act actually took place.

Prostitution stings happen all the time in Houston and Fort Bend County. In July 2019 alone, 22 agencies at the local, state and federal level joined forces to make 64 human trafficking-related arrests in the Fort Bend County area. These individuals, and others swept up in joint sting operations throughout the state, are often charged with serious offenses including promotion of prostitution, compelling prostitution, soliciting prostitution, pimping, pandering, patronizing and other offenses. In some cases, federal charges may be sought against arrested individuals.

Our law office is located in Houston, Texas, just north of I-10 in the Woodland Heights community. We regularly take cases from in and around Fort Bend County and throughout Southeast Texas, including:

Whether you are accused of being the prostitute, the “pimp,” “madam” or the “john,” prostitution charges in Houston and Fort Bend Country must be taken very seriously. Your charge will not simply “go away,” and you should never try to handle your defense on your own — nor should you trust your future to a public defender who doesn’t have enough time or resources to devote to your case. Hiring a private defense lawyer will cost you, but it’s nothing compared to the long-term consequences of a prostitution conviction on your record.

Houston defense attorney Matthew D. Sharp understands how devastating a prostitution charge can be and how you are probably feeling right now. He’s dedicated his entire career to aggressively defending individuals in Fort Bend County and throughout Houston against such criminal charges.

If you’re looking for the most experienced, knowledgeable and passionate prostitution defense lawyer serving Fort Bend County, look no further. Matt Sharp can protect your rights and your future. Don’t wait any longer — time is not on your side. Let us start building your defense today.

From our Houston law office, we skillfully defend clients from communities across southeast Texas. Visit our main office, conveniently located off I-10 — less than 45 minutes from downtown Richmond and just 30 minutes from Sugar Land.

If you’ve been charged with a crime in Fort Bend County or a surrounding area, start protecting your rights and future right now.

I understand the importance of listening to my clients. I take the time to fully know each of my clients’ needs because their future may be at stake. I’ve dedicated my career to providing the best legal counsel to ensure my clients’ rights and freedoms are vigorously protected. If you hire me to represent you, that’s my commitment to you. I believe everyone deserves a second chance and a strong defense.

Legal Service: Criminal Defense
He Helped Me Change a Negative to a Positive

The Texas Penal Code (Title 9, Chapter 43 “Public Indecency”, Subchapter A) outlines what the state considers to be prostitution. Section 43.02 defines the crime of prostitution as follows:

(a) A person commits an offense if the person knowingly offers or agrees to receive a fee from another to engage in sexual conduct.

(b) A person commits an offense if the person knowingly offers or agrees to pay a fee to another person for the purpose of engaging in sexual conduct with that person or another.

Is prostitution a felony or misdemeanor in Texas?

It depends on a number of factors. Generally, under Section 43.02 of Texas Criminal Code, prostitution activities are punishable as a Class B misdemeanor.

Being convicted of a Class B misdemeanor means you could face the following penalties:

Section 43.02 lists certain exceptions that can elevate the penalties for a prostitution charge. These exceptions are:

Individuals such as “pimps” or “madams” who are charged with promoting or compelling prostitution (online or in person) can face additional punishments. These charges include:

Again, the penalties for these offenses will likely be elevated if the accused has prior convictions or if a minor (under the age of 18) was involved.

How to beat a prostitution charge

Defending against a prostitution charge in Texas is a challenging burden that requires the expertise, knowledge and experience of a skilled lawyer. While your best defense strategy will ultimately depend on the individual circumstances surrounding your case — such as whether you were the “john,” prostitute, or pimp — most defenses are built on a few select arguments.

One possible strategy is known as the entrapment defense. “Entrapment” is a practice used by law enforcement where a person is enticed to commit a crime that they otherwise wouldn’t have likely committed.

If your defense team can prove that you were illegally enticed to commit a prostitution crime that you otherwise wouldn’t have, then your charges may be dismissed or dropped altogether. This defense can be difficult to prove, however. Just because an undercover police officer was involved without your knowledge doesn’t negate any evidence that you intended to engage in prostitution.

Another potential strategy is the due process defense. Every American is granted certain constitutional rights. One of these rights is the right to due process. If any arresting or investigating officers act improperly, inappropriately or violate a defendant’s constitutional rights, then it may be grounds to have the charges dismissed. 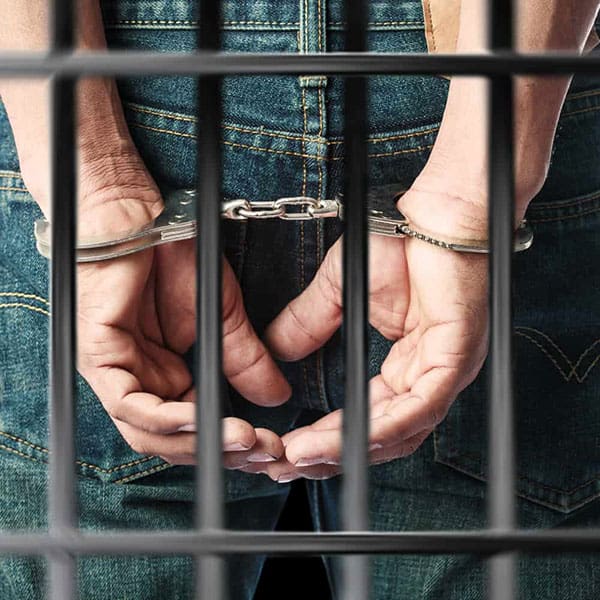 A third plausible argument that can be made if you’ve been charged with prostitution is the lack of probable cause defense. Police and law enforcement are only allowed to arrest someone if they have “probable cause” that a crime has been or will be committed. If, for instance, an arrest was made before the defendant engaged in prostitution and before any money was exchanged, then your defense team may be able to argue that officers didn’t have probable cause to make an arrest. It’s the burden of the prosecution to prove that you intended to engage in prostitution “beyond a reasonable doubt.”

Have you been charged with prostitution? Talk with an experienced Fort Bend defense lawyer now.

As you can see, the penalties for prostitution-related crimes in Texas can be severe. The possible defense strategies that can be used to avoid serious penalties are complex and require a deep understanding of local, state and federal law. To top it off, one wrong move or word can derail your entire case. When the stakes are this high, you need a qualified defense attorney who knows how to take immediate action in defending your rights, your future and your freedom.

Don’t wait to seek legal help. Your charge will NOT go away, and you better believe that the prosecution is using this time to build a case against you as you read this.

If you live in Fort Bend County or near Houston, and have been charged with a prostitution offense, it’s time to take action now to protect yourself and your rights.

With over 12 years of experience in the legal field, veteran Houston attorney Matt Sharp has dedicated his entire career to criminal law and prostitution defense. He is licensed to practice law in the state of Texas, and nationally recognized for his legal skills and ethics. In addition to volunteering his legal skills to the local community in Houston, Matt Sharp is a member of the American Civil Liberties Union (ACLU) of Texas, the Texas Criminal Defense Lawyers Association and the Harris County Criminal Lawyers Association.

Chat with Matt to find out what to do next and to schedule your free case consultation.

Getting charged or arrested? What should you do…

One wrong move or saying the wrong thing can negatively impact the outcome of your case.

Know your rights. Take some steps now to avoid a conviction.