Can You Get a DWI on a Bicycle, Scooter or Skateboard in Texas?

Houston Defense Attorney (Home) / Houston DWI Defense Lawyer / Can You Get a DWI on a Bicycle, Scooter or Skateboard in Texas?

What Texas law says about DWIs on non-traditional vehicles 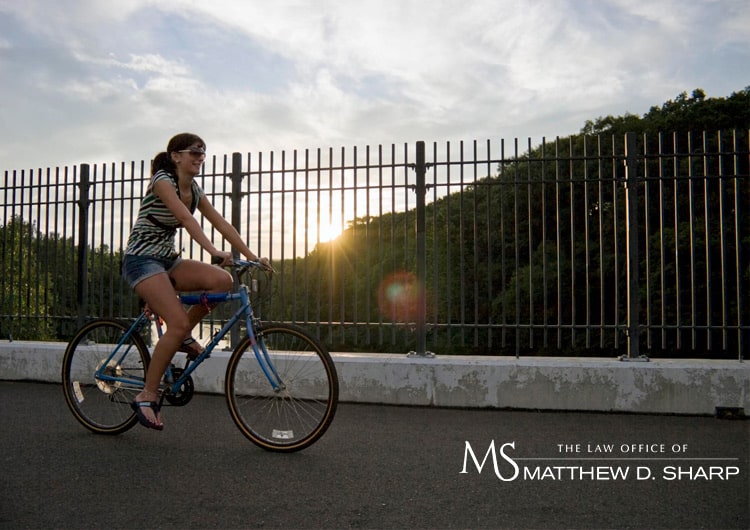 Texas has some of the strictest drunk driving laws in the United States. Not only can you be charged with a DWI if your blood alcohol level is above the limit, but you can also face stiff penalties such as jail time if you are convicted.

Many people try to get around DWI laws by choosing other modes of transportation that they view as safer. For instance, it is not uncommon to see someone ride their bike home from the bar.

Naturally, this has led to people asking questions such as: Can you get a DWI on a bicycle?

Unfortunately, the answer isn’t so easy since it greatly depends upon the court’s interpretation of the law.

How Texas defines a DWI

In Texas, a DWI is defined as someone having a blood alcohol content (BAC) of 0.08 or more while they are also operating a motor vehicle. The definition of “motor vehicle” is listed in the Texas Penal Code Title 7 Chapter 32 as being a device that can be used by someone to transport a person or property down a highway.

A bicycle is usually confined to general roads rather than highways due to the limitations that human-powered vehicles have for speed.

Why bicycles are controversial

When you read the definition for a DWI as it is written, there’s no mistaking that the answer to the question of whether or not you can you get a DWI on a skateboard or bike should be no. However, some prosecutors continue to try to charge cyclists and skateboarders with DWIs under the claim that they are still operating a vehicle.

It is also important to note that newer forms of bikes and scooters are starting to change how a person may view these types of transportation.

For instance, an electric bike or scooter may be considered to have a motor by some prosecuting attorneys and judges. Since some of these can also reach speeds of almost 30 mph, it is perhaps just a matter of time before they could be considered to be capable of transporting someone on the highway.

Even if you cannot get a DWI on a bicycle, you need to remember that you can still be charged with a crime if you have been drinking excessively. While a police officer recognizes the gray area with bikes and DWIs, they frequently issue other types of charges such as public intoxication.

These charges must be taken seriously since they can also carry penalties such as fines and probation. Later, this type of charge can also be used against you if you ever do get a “true” DWI from driving a car.

Liability involved with drinking and riding

A DWI is not your only concern when you operate a bicycle or scooter. Once you climb onto the seat or stand on the platform, you take on the responsibility of making sure that everyone is safe around you.

Drinking while you are riding a bike could cause you to experience some of the same issues that you could have with driving a car. Slower reaction times could cause you to fail to stop at a traffic signal, or you may not be able to stop in time to avoid an accident if a pedestrian walks in front of you.

Even if you are not technically at fault, you could still be charged with negligence if an officer believes that you are under the influence of alcohol.

Ways to avoid a DWI on a human-powered vehicle

The best way to avoid a DWI on a bicycle is not to drink in the first place. If you do have a drink at the bar, then stick to your limit and always use a designated driver.

When you are sober and riding a bike, follow the traffic rules to minimize the chances of being stopped. This also helps you to avoid accidents that could cause you to appear inebriated.

What to do if the police stop you

Wobbling or riding in a strange pattern may sometimes be unavoidable when you are riding a bike or scooter on tough terrain. For instance, you may need to swerve to avoid a piece of trash in the street.

When this happens, a police officer may stop you to question if you are sober. Always be calm and respectful during a police interaction. If they do issue you a DWI, don’t argue at the scene. Instead, seek legal counsel as soon as possible to begin building your case against being charged with a DWI while riding.

Bikes, skateboards and scooters are all great ways to get around in busy Texas cities. Yet, they should always be viewed with the same seriousness as driving a car. Avoid drinking and riding any form of vehicle.

If you’ve been charged with a DWI, contact our law office today for your free consultation.