How is “intoxicated” defined in Texas? DWI prescription drugs defense… 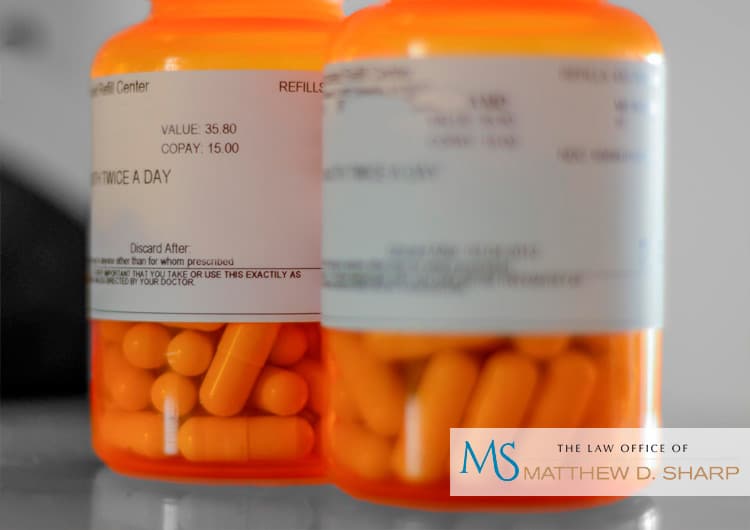 Under Texas law, intoxicated is defined as “a loss of an individual’s mental or physical faculties that is caused by the use of alcohol, a controlled substance, a drug, a combination of 2 or more of those substances, or any other substance in the body.”

Based on this definition, both prescription drugs and over-the-counter medication can be considered substances that can cause a driver to become intoxicated. Examples include popular drugs like:

The use of these and other drugs to treat a valid medical condition can become problematic legally if someone takes these medications prior to operating a vehicle. There are, after all, many people rightly using such prescriptions or over-the-counter medications that need to get around on a daily basis.

Here’s what you need to know about prescription drug DWIs in Texas.

In the United States, there is no limit to determine drug intoxication with regard to DWI law. This is in contrast to alcohol consumption just prior to driving, which is legal for a driver as long as his or her blood alcohol content level is below 0.08 percent.

Due to the fact there is no limit for prescription drug intoxication under DWI law, it’s solely up to the police officer to interrogate the driver, request sobriety tests and make a determination as to whether the driver is in violation of DWI Law.

This process can be subjective based on the police officer’s limited knowledge of any one driver’s reaction to a particular prescription drug and the overall effect such a drug will have on that person being able to safely operate a motor vehicle.

It’s important to note that a DWI drug conviction in Texas for use of legal prescription drugs carries the same penalties as being convicted of DWI for using marijuana. Most DWI cases are charged as a Class B misdemeanor.

Third-time DWI offenders can be sentenced up to 10 years in prison, face a $10,000 fine, lose their license for up to 2 years, and face an annual fee of $2,000 for 3 years in order to keep their driver’s license.

It should go without saying, then, that a DWI conviction carries serious consequences for a driver, both financially and legally.

How to fight DWI charges for prescription drugs

It’s always smarter to avoid openly admitting to a police officer to using prescription or over-the-counter medications when pulled over for a driving infraction. If arrested by a police officer under suspicion of DWI, you should remain silent throughout the arresting process and seek qualified legal counsel.

However, if you’re asked directly by an officer whether you recently took prescription or over-the-counter drugs, answer honestly.

Remember that without a minimum level of intoxication for driving while using prescription drugs, the prosecutor must provide specific evidence of impairment. You can’t be convicted for the mere presence of prescription drugs noted in a blood test.

Where to go in Houston for DWI prescription drugs legal defense

Matthew D. Sharp is an experienced Houston DWI defense attorney who knows what it takes to keep your reputation and freedom intact after you have been arrested and charged with a DWI. He has a high success rate with getting DWI charges reduced or even dismissed entirely at trial.