Texas culture may give high regard to an individual’s right to own a gun, but all good things have limits that have to be respected. At The Law Office of Matthew D. Sharp we can assist persons who are charged with criminal possession of weapons including handguns or knives, possession with intent to unlawfully use a weapon, aggravated discharge, criminal sale, or any other weapons violation.

Have you or someone you know been charged with criminal possession of a weapon?

Being charged or accused of a crime is a frightening experience, especially when the allegation is false. I believe everyone deserves a second chance.

He Helped Me Change a Negative to a Positive

There are many gun laws on both the state and federal level which can be very confusing and can land you in jail. If you have found yourself charged with a weapons violation, you need a Houston weapons lawyer that has a working knowledge of guns and related laws, as well as your Constitutional rights. The attorneys at The Law Office of Matthew D. Sharp have handled a wide variety of state and federal weapons cases including:

All About the New Texas Open Carry Law

On January 1, 2016 Texas House Bill 910 officially went into effect. This law legalizes the open carry of handguns throughout the state. Several other states have passed similar laws in recent years and Texas has now joined them as a state with legal open carry. While some gun owners are supportive of this new law, other Texas citizens remain opposed.

Despite the controversy surrounding this bill, it is now the law of the land. As with any law, House Bill 910 carries certain provisions regarding when, where and how firearms can be carried openly. In order to comply with the law, citizens who carry firearms openly need to make sure that they are not violating any rules.

What Is Open Carry?

Before the passage of the new open carry law, Texas already allowed open carry of certain types of firearms. Long guns, such as rifles and shotguns, could be carried openly in certain situations. Also, anyone with a Concealed Handgun License was allowed to carry a concealed handgun in certain public areas.

This new law is an extension of the rights of gun owners with a valid CHL. Under the new law, anyone with a valid CHL is now allowed to continue carrying a concealed handgun or carry the gun openly. CHL holders are not required to:

However, under the law CHL holders must:

In August of 2016, the new law will allow CHL holders to carry concealed handguns on college campuses. However, open carry is not permitted in:

As with any controversial law, some people in the state of Texas do not like the idea of open carry. Some business owners object to the carrying of guns on the premises of their establishments. While some business owners chose to ban all guns, concealed or otherwise, on their property, some business owners are now creating new bans specifically on openly carried guns in their restaurants, barber shops and retail stores.

Although open carry is now legal in Texas, it is not a free-for-all. Guns must be carried openly in plain sight while firmly secured in a shoulder or hip holster. Any person who carries their gun illegally or who engages in dangerous, reckless or suspicious behavior may be placed under arrest and charged with criminal activity.

The best way to learn more about the new open carry law in Texas is to consult with an experienced attorney. Attorneys may be able to provide gun owners with advice and insight on how to safely and legally exercise their rights under this new law. 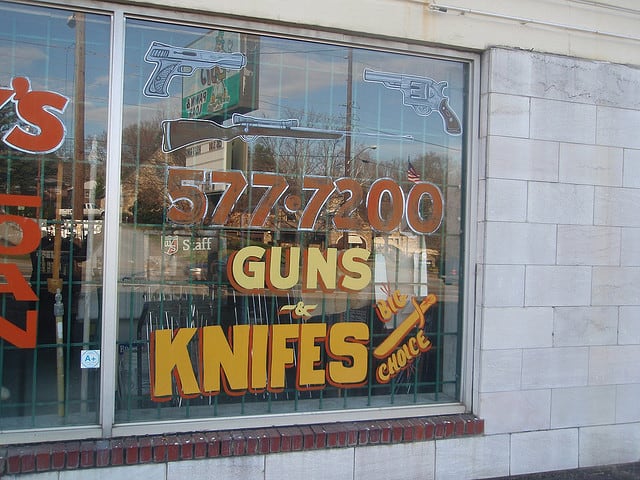 Types of Weapons That are Banned in Texas

Although Texas is often considered to be one of the friendliest states when it comes to legally possessing guns, people should keep in mind that the Lone Star State also maintains a long list of ammunition explosives and weapons that are considered illegal and could result in criminal charges for those who carry, handle or sell them.

8 Ways a Criminal Defense Attorney Can Help Your Case

Are you unsure of where to go for help after getting arrested?
Learn more about how hiring an experienced criminal defense attorney will help your chances at freedom.

Get Your Free Copy Now

Federal and state prosecutors take each and every weapons violation very seriously. Possessing a firearm can turn a standard felony charge into a “strike” violation, which will have a heavy impact on sentencing through the “three strikes law”. This change could be the difference between getting probation and going to prison. The possession of a weapon while committing any other crime could result in a 10 year sentence in addition to the standard sentence for the original offense.

When considering the complexity of weapons violations, along with the serious consequences that accompany them, it is imperative to have a skilled attorney in your corner. The attorneys at The Law Office of Matthew D. Sharp have an intimate knowledge of Texas weapons laws, as well as search and seizure principles, and will develop a custom strategy to effectively protect your rights and your freedom. Whether your Houston weapons charge is stand-alone, or incorporated into a larger criminal prosecution, contact The Law Office of Matthew D. Sharp today so that we can begin planning your defense.