What is Romeo and Juliet Law in Texas? 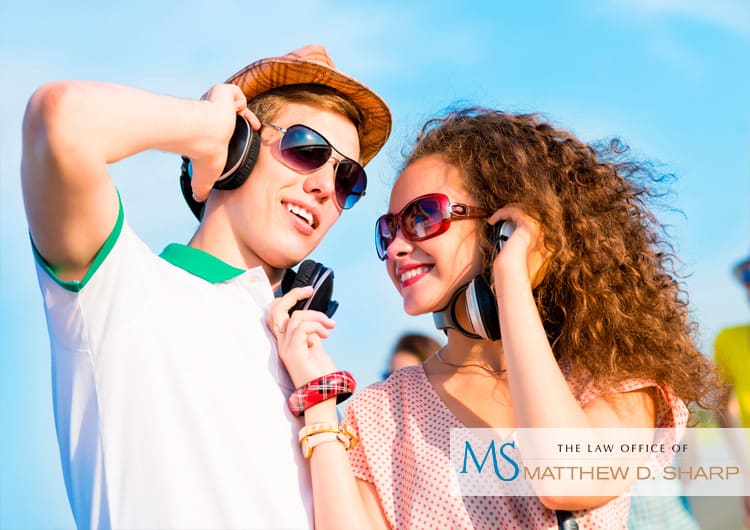 How Texas law views sexual relationships between minors and teens

Texas is one of many states that acknowledges that teens and young adults regularly engage in consensual sex with other teens who are the same age or below the age of consent. If these teens were caught before the state’s Romeo and Juliet law was established, they had no protection and could face sex offense punishments such as fines, jail time and being forced to register as a sex offender. Typically, the oldest member of the couple would be charged with statutory rape, according to the old statutes.

Now, however, Texas has adopted Romeo and Juliet law to address the scenario of 2 teens in agreement who both consent to the sexual practices within their relationship. This Romeo and Juliet law separates this kind of situation from sexual assault and clearly defines the differences. It is an amendment designed to protect teens due to the changing culture of the 21st century.

What is Texas’ Romeo and Juliet law?

Texas Penal Code 22.011 lays out the “Romeo and Juliet” law by listing it as an “affirmative defense” as follows:

It is an affirmative defense to prosecution under Subsection (a)(2) that:

(1) the actor was not more than three years older than the victim and at the time of the offense:

(A) was not required under Chapter 62, Code of Criminal Procedure, to register for life as a sex offender; or

(B) was not a person who under Chapter 62, Code of Criminal Procedure, had a reportable conviction or adjudication for an offense under this section; and

Why is it called the “Romeo and Juliet” law?

Many other states have also adopted this amended or new statute in an effort to protect teens from facing the harsh charges involved with sex crimes (including rape convictions). The story of Romeo and Juliet comes from Shakespeare’s story set in the 1300s. Two young teens fell in love, but their parents prohibited them from seeing each other. Tragically, they killed themselves so they could be together in death.

Romeo and Juliet laws aim to protect “young lovers” from harm so that teens are protected (and not arrested).

This includes teens who are close in age and participating in consensual sexual activities below the age of consent. In Texas, both parties must completely consent to the relationship, whether they are hiding it from their parents or other adults in authority or not. If not for this new law, many could be found, identified and convicted with serious sexual charges when both parties only had “love” on their minds.

When was the Romeo and Juliet Law passed in Texas?

Texas joined the growing list of states to pass “Romeo and Juliet” laws when the provision was signed into law by former Gov. Rick Perry in 2011. Currently, Texas is 1 of 24 states with such protections in place.

What is the age gap allowed under Texas’ Romeo and Juliet law?

According to Texas law, even with the Romeo and Juliet law in effect, the age of limitation (the youngest age permissible) for either male or female to legally participate in sexual activity is 17. This law allows teens who are 3 years or less apart in age to have intercourse legally without facing penalties, when previously they could be charged with statutory rape.

According to Texas’ Romeo and Juliet Law, anyone between the ages of 14 and 17 can legally give consent to have sex with someone within 3 years of their age. This means that an 18-year-old and 15-year-old would be able to have consensual sex under Texas law without it being considered a child sex offense. Similarly a 14-year-old could have consensual sex with a 17-year-old under the law.

The age of consent in Texas is 17-years-old. In addition, Romeo & Juliet law only allows consensual sex between a couple who is within 3 years of age. So if a person who was age 20 or older were to have sex with a 16-year-old (or younger), it would be considered statutory rape in Texas, regardless of whether or not the sex was consensual.

Is it illegal to date a minor in Texas?

While it is not against the law for an adult to DATE a minor in Texas, it is illegal to have sex with someone who is 14 to 17-years-old if you are more than 3 years older then them, even if the sex is consensual. Breaking this law is considered statutory rape.

Is sexting a crime under Texas dating laws?

A person who is a minor (anyone under the age of 18) commits an offense if the person intentionally or knowingly:

Basically, what this means is that it’s against the law for a minor in Texas to possess or send sexually graphic images of another minor via “sexting” or otherwise.

That said, Texas law makes exceptions for certain teenagers. If the image depicts a minor who is within 2 years of the receiver of the sext, and the 2 individuals are in a dating relationship at the time, this is not considered a crime.

A minor individual found guilty of a sexting offense typically won’t be required to register as a sex offender in Texas, but they may face misdemeanor charges.

What are the legal consequences (penalties) for breaking Texas’ Romeo and Juliet Law?

However, if a teen is unable to use this affirmative defense, then they may be charged with statutory rape, which is a second-degree felony in Texas punishable by up to 20 years in prison.

How is statutory rape defined in Texas?

Rape is a serious and often violent sexual offense involving at least 2 people, and Texas’ Romeo and Juliet law helps separate the consensual from the non-consensual in a court of law.

The charge of statutory rape is defined as an adult over 18 who engages in a sexual act with someone below the age of consent. The concept of consensual/non-consensual doesn’t have to be determined because the charge can be filed even when the minor is in agreement to the sexual activity.

For instance, if one sexual partner is 23 and is found in a sexual relationship with a 16-year-old, the 23-year-old is guilty of statutory rape — regardless of whether or not the 16-year-old “consented” to the act. The same is also true if the couple began the relationship at legal ages, such as 17 and 16, but then one turns 18 during their relationship, so that he/she is now of legal age. No sexual actions are legally permitted with children under the age of 14 at any time.

For consenting persons, even as teens, this can be unrealistic.

The purpose of the Romeo and Juliet law is to protect consenting and amiable teens from having a criminal record and serving time in jail.

As of 2018, this law states that anyone between the ages of 14 and 17 can legally participate in a sexual act with another who is within 3 years of their age. Both parties must be at least 14 years of age and be accountable for their sexual behavior.

If the ages are farther than 3 years apart or if anyone of any age has sex with a 13-year-old, both of these situations would not be protected by the Romeo and Juliet law.

If you’re charged with a sex crime, knowing this law and others can be vital for your case. You’ll need the expertise and knowledge of a trained Texas sex crime defense attorney by your side. The Law Office of Matthew D. Sharp is committed to providing justice for each and every client.