The Burden of Proof in Texas Sex Crimes

Should the burden of proof be lowered in Texas? 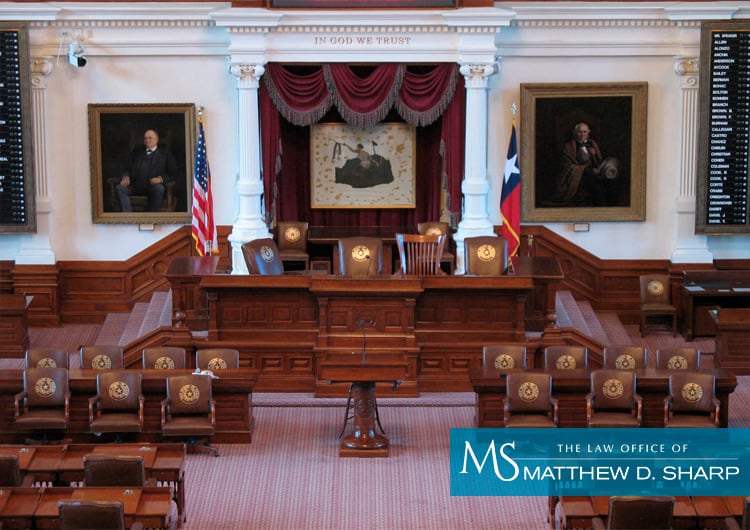 A sex crime in Texas could land you up to 99 years in prison. When the stakes are high, so is the Texas burden of proof. What are the different types of burden of proof and how do they apply to sex crimes?

In any criminal case, the prosecution must prove your guilt beyond a reasonable doubt. This does not mean they must do so with absolute certainty. Rather, the state must show that there is no other logical explanation that can be given for a set of facts. Some legal experts have defined “beyond a reasonable doubt” as being “to a moral certainty.” In other words, jurors must feel extremely confident in handing down a guilty verdict.

The “beyond a reasonable doubt” burden applies to every element of a crime. If the prosecution can’t prove even one element, the state essentially has no case.

Not only must the prosecutor prove every element beyond a reasonable doubt, but they must also show you intended to commit a sex crime. The legal term for this is mens rea, which actually means “guilty mind.”

There is an exception to the mens rea doctrine in cases of statutory rape. Statutory rape is considered a crime of strict liability, which means the state doesn’t have to prove your intent. You can be found guilty if you have had sexual relations with someone under the age of 17, provided you are no more than 3 years older than that person. In Texas, statutory rape is classified as a type of sexual assault.

Texas sex crime victims may sometimes bring civil suits for damages. In those instances, the burden of proof is much lower. Instead of proving your guilt beyond a reasonable doubt, the plaintiff must show by a majority of the evidence that your actions caused damage.

In particular, they must prove that you were negligent. There are 4 elements of negligence:

In civil cases, the Texas burden of proof is much lower because the stakes are also lower. You may face serious monetary fines and penalties, but do not risk the loss of your freedom. However, it’s important to note that you can be sued for civil damages even if you have been found guilty in criminal court.

If you are facing sex crime allegations, you need a solid defense attorney regardless of whether they are civil or criminal in nature.

Affirmative defenses can be used in most criminal cases; however, the number of defenses available is significantly lower for sex crimes. That’s because you can’t claim you were acting in self-defense or that you were unaware of the victim’s age.

Even so, here are a few affirmative defenses you may use:

In 2014, Texas passed the Michael Morton Act. This act requires prosecutors to disclose any evidence that may prove a person’s innocence. While Texas law has always required this, state attorneys were previously allowed to decide for themselves what was exculpatory evidence and what was not. This new bill ensures that defendants have access to a wider range of evidence such as the results of law enforcement investigations.

In a Texas sex crime case, it’s not enough to understand the different types of burden of proof. You need an attorney who will fight to retrieve all exculpatory evidence and force the prosecution to prove each element of a crime beyond a reasonable doubt. The state of Texas will fight aggressively to convict defendants of a sex crime. You need someone fighting just as hard in your corner.

Contact the Law Office of Matthew D. Sharp if you or a loved one has been arrested. Schedule your free case consultation today.