What Are Marital and Date Rape Laws in Texas? 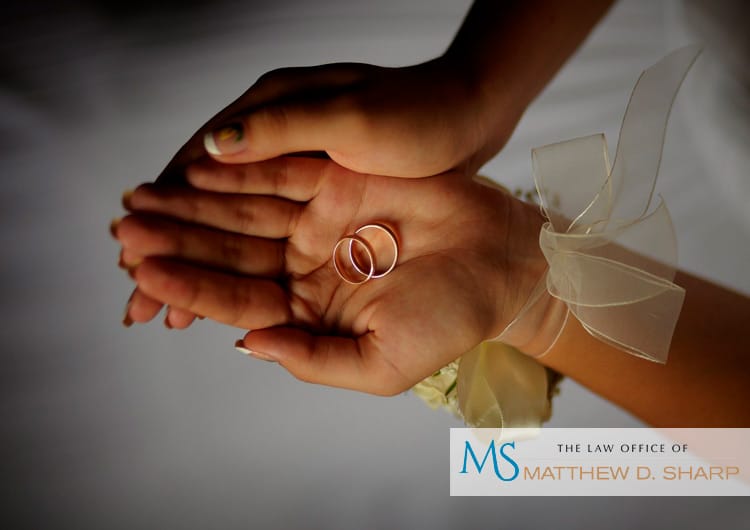 A pair of sex crimes warrant close examination when it comes to Texas criminal law. These are marital rape and date rape. Despite a notable amount of media attention paid to date rape, relatively little attention has been paid to marital rape laws.

Many people lack basic information about these two crimes, which is why we’ve provide a guide to understanding marital and date rape laws in Texas. If you or a loved one face a false charge of date rape or marital rape, contact a Texas defense attorney as soon as possible to protect your rights and avoid possible penalties.

In 1994, the Texas Legislature enacted a marital rape law. The statute permits criminal charges to be filed against a spouse for rape and other types of sexual assault. In addition, a person who contends that they were raped or sexually assaulted by their spouse can also pursue a civil lawsuit against them.

Common charges considered in alleged marital rape cases may include:

Texas’ marital rape law doesn’t only apply to couples who currently are married. Rather, the law also extends to situations involving ex-spouses, as well as individuals deemed to be long-term intimate partners.

In Texas, marital can result from:

The penalties for marital rape are the same imposed upon a conviction for date rape or rape more generally. In Texas, marital rape is classified as a second-degree felony. Upon conviction a person faces a minimum of 2 years in prison and up to 10 years. A sentence can also include a fine of up to $10,000.

If a marital rape case involves significant violence resulting in serious injury, the crime charged may be elevated to marital aggravated sexual assault. This is a first-degree felony, with more serious penalties. A conviction for aggravated sexual assault is a minimum of 5 years in prison and up to a life sentence. The court can also impose a fine up to $10,000. A convicted defendant will be required to register as a sex offender and may have to remain registered for the rest of his or her life.

If a spouse is drugged as part of a nonconsensual sex assault, this is also classified as a first-degree felony. So-called “club drugs” are often used to render a person unable to consent to sexual activity. These include ketamine or roofies. This type of crime is considered aggravated sexual assault and carries those corresponding penalties.

Technically speaking, there is no such thing as specific date rape law in Texas. A date rape is charged and prosecuted in the Texas criminal justice system in the same way that any other rape case is pursued.

A date rape occurs when a victim contends that a person engaged in sexual intercourse without his or her consent. The alleged perpetrator is someone who is at least somewhat known to the victim. For example, the victim and alleged perpetrator may have been on a date or even be in a dating relationship.

When it comes to sentencing after conviction, date rape is classified as a second degree felony. A sentence is a minimum of 2 years in prison and up to 10 years. In addition, a fine of up to $10,000 can be imposed.

In a considerable number of date rape cases, the victim was drugged or intoxicated and incapable to giving consent. Date rape frequently involves the victim being “roofied” or incapacitated in another way. In other words, the victim was somehow given a drug like ketamine or rohypnol.

When a victim is unable to give consent due to alcohol or drugs, the charge against the alleged perpetrator becomes a first-degree felony. The sentence upon conviction is a minimum of 5 years in prison and up to life. A $10,000 fine can also be imposed.

A person convicted under Texas’ so-called “date rape law” will have to register as a sex offender. The registration requirement may extend for a lifetime.

If you are under investigation for marital rape or date rape, or if you’ve already been charged with such a crime, you need to take proactive steps immediately to protect your legal rights and freedom. You should schedule a consultation with a Texas criminal defense attorney who is highly experienced in representing clients in cases involving allegations of spousal or date rape.

Houston defense lawyer Matt Sharp charges no fee for your initial consultation and preliminary case evaluation. Do not submit to questioning by law enforcement until you first consult with our legal counsel.