If Falsely Accused of Date Rape, Read This ASAP

The term “date rape” is a neologism believed to have originated in the 1970s, probably around the same time American news media reported the use of soporific and hypnotic drugs in certain social circles. Over time, the term evolved to describe date rape as sexual assault committed by an attacker during a social encounter whereby the topic of intimacy may have been implied or discussed.

Some sociologists and criminologist point out that date rape is somewhat of a misnomer since the majority of reported rapes involve someone who is close to the victim. There is a popular image, however, of date rape as a sexual assault on someone who was getting to know the alleged perpetrator romantically. In the 21st century, date rape has gained prominence as being used as an alibi for false sexual assault accusations. 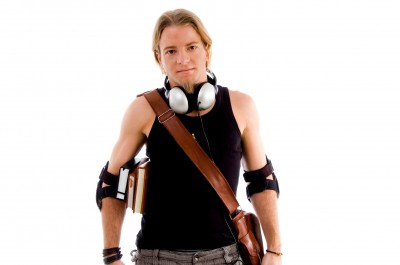 The use of drugs and alcohol during social outings has become increasingly common over the last few decades. To this effect, actual date rape situations are perceived as being more likely to occur. This perception is often at the heart of false accusations of rape in Texas and across the United States.

An alleged victim under the influence of drugs or alcohol may consent to a sexual encounter and later forget about it. If consent is given while under an altered state of mind, the victim may later experience an emotional conflict as well as false memories.

Complex human emotions such as shame, jealousy, anger, and retaliation may also play a part in clouding someone’s judgment and leading them to consent to a sexual encounter that may end up being regrettable.

When someone is falsely accused of date rape, the first action to be taken is to contact a criminal defense attorney. It is important to keep in mind that the false accuser may try to elicit information to incriminate the alleged attacker; to this effect, the accused should not make any statements to anyone without his or her lawyer being present.

The next step should be to write down the chronological sequence of events from before the social outing took place until the moment the false accusation was mentioned for the first time. Physical evidence should be gathered when possible; examples of this include:

The items above should be collected along with an explanation as to their relevance.

A list of witnesses and their contact information should be provided to the criminal defense attorney. In some cases, the false allegations may not initially escalate into criminal charges being filed; however, this is something that could easily change at any time. For this reason, it is imperative to retain counsel and not speak to the accuser.

Date rape accusations are taken very seriously in the state of Texas. If convicted, you will be facing some life changing penalties including jail or prison time. The best way to prevent this is hiring an attorney. Reach out to Matthew D. Sharp today for a free case evaluation by calling 713-868-6100.