Rape Vs. Sexual Assault in Texas: Do You Know the Difference? 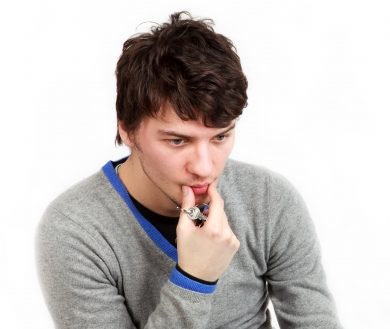 In May 2014, the criminal justice system of the Lone Star State came under fire after a judge issued a 45-day sentence to a criminal defendant accused of raping a minor. National scrutiny was placed on Judge Jeanine Howard as she explained her interpretation of the case, which featured a 14-year old girl who was labeled as being promiscuous. In addition to spending a month and half behind bars, the 20-year old defendant was also ordered to serve a five-year term of probation.

In covering the national indignation surrounding this case, the national news media has come learn an interesting fact about rape in Texas: The actual term “rape” does not appear on Chapter 21, Title 5 of the Penal Code, which covers sexual offenses. Instead, terms such as sexual assault, deviate sexual intercourse, and sexual abuse are used.

In Texas, Sexual Assault is Rape

One thing that journalists from outside of Texas have come to learn while covering the Judge Jeanine Howard case is that sexual assault is the term commonly used to refer to rape in the judicial system of the Lone Star State. Something else they have come to learn is that sexual offenses may result in harsh punishment, which is the reason why the Judge Howard case seems so unusual.

What is known as rape across many jurisdictions in the United States is classified as an assaultive offense of a sexual nature in Texas. When someone is arrested under suspicion of sexual assault in Texas, he or she may hear law enforcement officers use the term “rape” while prosecutors and judges use “sexual assault.”

The definition of sexual assault in the Texas Penal Code includes:

In Texas, prosecution of sexual assault cases may take place as soon as a victim files a report. Physical evidence is generally not required to initiate investigations or press charges, and the punishment for these offenses can be very severe; however, defendants have a number of strategies available to avoid the harsh consequences.

False allegations of sexual abuse, assault and date-rape have increased across Texas in recent years. To this effect, criminal defense attorneys have developed various strategies to protect their clients from being affected by false accusations. Prosecutors typically latch on to lack of consent to get a conviction; this can be argued from the point of view of awareness, lack of violence, and the emotional state of the victim.

Sexual assault charges are taken very serious in the state of Texas. If you have been accused of sexual assault, then you need to speak with a qualified attorney right away. Reach out to Matthew D. Sharp today by calling 713-868-6100.