A recent meeting of the Texas Medical Board revealed that a physician was arrested in January 2013 for public lewdness. The Board reported that the doctor was arrested after police officers witnessed him and another person having sex in a wooded area of a public park. Should the doctor be convicted of public lewdness, the Board will order him to surrender his license and to stop practicing medicine in the Lone Star State. 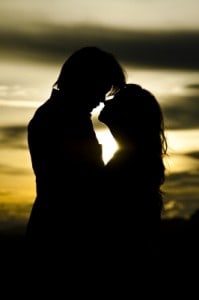 Although the Board did not mention bystanders being present at the time the doctor was arrested, the public lewdness arrest charge is valid insofar as the park being a public venue. There is a certain misconception about the requirement of bystanders as witnesses for the purpose of bringing up public lewdness charges in Texas. To this effect, here are five facts you should know about public lewdness:

Penalties for Public Lewdness in Texas

In Texas, being convicted of public lewdness may result in a one-year jail sentence, a hefty fine, a term of probation, and the impact of an embarrassing criminal record for what is often a careless indiscretion and a minor offense. Under section 21.07 of the Texas Penal Code, public lewdness is a Class A misdemeanor offense, but defendants charged with this crime will often face a stigma that may lead to loss of professional licenses, employment, and even child visitation rights for non-custodial parents.

Defending against Having Sex Outside

In most occasions, public lewdness arrests or citations are the result of minor offenses that were not meant to cause harm or injury. Newlywed couples who spend their honeymoon in Texas may face such charges if other hotel guests complain about their conduct. A couple sharing an intimate moment on the beach at night may not be aware of others watching.

The best course of action to take when defending against public lewdness charges is to drop or dismiss the cases altogether, giving defendants a chance to seal their records. This might be accomplished in different ways; one is by persuading prosecutors to drop the charges based on facts surrounding the case, and another would be to convince the court to dismiss the case based on the lack of strength of the evidence presented.

Getting charged for sex crimes is one of the most embarrassing things that can happen to somebody. The best way to preserve your good name is to hire a talented sex crimes attorney. See how Matthew D. Sharp can defend your case by calling 713-868-6100.